What do you think about the latest US stock market voguish stock???? You should buy NIO stock now or will NIO stock go down. Is NIO stock a buy? The Chinese EV sector is the largest new-car market in the world, according to Barron’s. Barron’s says that the average price target on NIO stock for analysts with “buy” ratings is $17. … “NIO has shown that it can survive. Now it must show that it can thrive”. So traveling trader is here for you to know whether to sell the chips or buy from the dips.
As the title of the video suggest: The video is about NIO stock price and to review the recent NIO stock price upgrade. NIO stock price prediction and look at the NIO chart and NIO stock technical analysis. Favorite NIO stock trading strategies and to discuss NIO stock forecast- bullish indicators and why traders should buy from the dips and hold on. 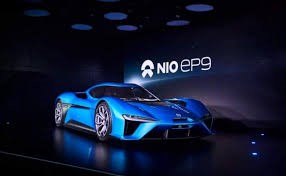 NIO, Inc. (China) is a holding company, which engages in the design, manufacture, and sale of electric vehicles, driving innovations in next-generation technologies in connectivity, autonomous driving, and artificial intelligence. Its products include EP9 supercar and ES8 7-seater SUV. The company provides users with home charging, and power express valet service, and other power solutions including access to public charging, access to power mobile charging trucks, and battery swapping. It also offers other value-added services such as service package, battery payment arrangement, and vehicle financing, and license plate registration. The company was founded by Li Bin and Qin Li Hong in November 2014 and is headquartered in Jiading, China.
NIO Stock Upgrade and Update
NIO has just completed a secondary offering that closed yesterday and NIO has raised 3 Million dollars. This is the way companies like NIO, XPEV, and JKS release more shares to the public in hopes that the demand for those shares stays high and that they can raise additional money through issuing more shares. because some people are just following the herd mentality about buying EV (Electric vehicle) stocks and Hype (much-hyped in the market ) stocks.

A lot of new traders look at this as negative because we see a price drop in the interim, but the price is dropping because it’s diluting the shares. when you offer more of something then the short-term value of what you’re offering has to decline a bit until demand ramps up to meet that supply right it’s just the laws of supply and demand so that is why we tend to see a minor price drop at the time when companies issue more shares.
NIO issued these shares for 39USD per share and the reasons behind such a huge raise are:
1. the acceleration of their autonomous driving software
2. they are developing two new sedans two new vehicles for 2021
3. they have a plan to expand to Europe in 2021
As China alone is the biggest EV market in the world and they are looking to take this to Europe and hopefully other locales in the future so they do need to raise money to do that so in the long term this is actually a good thing because the company ramping up operations for plans.
Also the Bank of America price target on neo to about 54.70USD which was already shown by NIO a couple of weeks ago.
Conclusion1: Although NIO is a hyped EV stock, Please don’t get carried away by a little interim price drop to come, company is ramping up operations for plans and NIO has a long way to go.

If we look at the NIO charts, we saw a little bit of a price drop, this was due to the following reasons:
1. The china delisting house vote actually passed
2. The offering, Offering did dilute the shares a bit
The price dropped to a major moving average the 50-day moving average.

As per the charts, there are many bullish indicators or we can say confirmations in a trajectory that are mentioned below:
1. Retracements -These retracements are solid buy points for momentum stocks that are in bullish trajectories.
2. Hidden Bullish Divergence-a divergence between the price between the stochastic RSI and the RSI itself this is called hidden bullish divergence (when the price is making a higher low and these oscillators are making lower lows this is a very bullish sign) especially when the stock has retraced means that the retracement is probably or potentially over and we can see a price boost.
3. D line –( Accumulation distribution line), it continues to remain positive even after the slight decline means that the market is more interested in the advancing shares than the declining shares of NIO all
4. The ascending channel -while the price is in the channel itself is bearish because the price is declining but we see that NIO actually broke above this channel right this is a bullish indicator as well and it is currently sitting above the 21 exponential moving average.
5. Bollinger Bands – Price is consolidating and is creating this super tight range and we are currently trading under the mean on the Bollinger bands. Bollinger Bands® is a highly popular technical analysis tool defined by a set of trend lines plotted two standard deviations (positively and negatively) away from a simple moving average (SMA) of a security’s price, but which can be adjusted to user preferences. Many traders believe the closer the prices move to the upper band, the more overbought the market, and the closer the prices move to the lower band, the more oversold the market.
6. Implied volatility that it is currently trading below the 20 moving average on volatility, when NIO does this for an extended period of time and we start to see a cross between the 20 moving average and the actual implied volatility line then these price by spikes and we saw this back here in August when NIO went from about 14 to finally crossing above 20 bucks.!! October when neo was 21 and it finally jumped up to 28. Implied volatility is the market’s forecast of a likely movement in a security’s price. Implied volatility is often used to price options contracts: High implied volatility results in options with higher premiums and vice versa.
7. RSI Stochastic indicator is also curling upwards. A Stochs reading above 0.8 is considered overbought, while a reading below 0.2 is considered oversold. On the zero to 100 scale, above 80 is overbought, and below 20 is oversold.

So here are a few trade ideas on NIO,
1. Set a Stop limit-Minimal harm escape– If you Just buy here right now we’re trading at around 44. NIO offered up those shares at 39 bucks and on December 14th, we actually hit a low of around 39 so we already hit the price point that they offered those shares at of course we can bounce around between 39 and 44 for quite some time but in my view, in the short term this is still an optimal entry and you could set a stop limit below 39 or 38 based on your risk tolerance and your budget and if our analysis doesn’t pan out then you can escape with minimal harm.
2. Cash Secured Put– the best way to buy dips- if we go out to the march 2021 option chain you can actually sell the 40USD put on NIO for 700USD which means you collect 700USD.Now, what happens if neo doesn’t hit 40 you get to keep 700 bucks you don’t have to own the shares for this, if NIO actually hits 40 or below and you get assigned the put because you sold it then you would essentially be obligated to buy a hundred shares of NIO not at forty dollars because you collected 7USD per share to sell this you’re actually going to be buying it at 33 dollars. Also, you can act or a put of NIO 40USD, you can actually sell something like 35USD put and in which case obviously you’re earning less because you’re risking less. So you could sell this for the for 450 dollars which means again you pocket 450 bucks. if neo never hits 35 bucks you keep that money if NIO hits 35 bucks then you’re obligated to buy 100 shares of NIO not at 35 bucks because we collected 450 per share so your cost basis on neo would be 30 USD and 50 cents which is 35 minus the 450 per share that you collected. One of the best ways to buy the dips on stocks that you want to own is selling a cash-secured put that way you take the guessing game out of the picture, you are already setting a price which you want to buy NIO and you actually don’t know if it’s going to fall to that price and if it doesn’t fall out of that price then you are collecting insurance in the form of this premium here 450 bucks for the 35 put or if you sold the 40 you’re collecting 700 bucks and if it hits that price well then you get rewarded to buy shares of a stock that you want to own at a price well below what it’s currently trading at now which is almost 45 dollars.
3. Sell the call -Suppose you own 100 shares of NIO but you’re also afraid that NIO might drop in the short term or at least stagnate in the short term like it’s doing now, what can you do well you could sell a call against your shares so, in this case, if you have 100 shares of NIO, You could sell let’s just say the 60 calls to be safe you could sell this for 620 For this strategy you actually do have to own 100 shares of NIO to sell the call and if neo does not hit 60 dollars by March then you get to keep 620 bucks that’s free money if neo hits 60 dollars by march then you will actually likely be assigned but you will have to just give up your shares of NIO however you’re not losing because if neo hits 60, you are actually forced to sell your shares at 60 bucks. These shares you bought well below 60 bucks right so say you bought them at forty dollars well you’re making twenty dollars per share on NIO not only that you get to keep the 620USD that you sold the call for so you are actually making 26.20USD per share on NIO.So you are not giving it up for a loss you’re giving it up for a profit.

If we look at the charts at 45 USD price is obviously better cost than it was at 57 and If you are a long-term holder you can just dollar-cost average, which is also not a bad way to own shares of a stock that you really want. Regardless of what the price is, you would just buy on a scheduled basis, you can buy a few hundred dollars of your favorite stock every month. Over time as long as that stock has a future and continues to rise in value, over the long term then you are giving yourself the best average price over the long term by dollar cost average in any way.